FIREWORK TARIFF. We have some great news to share. NO NEW TARIFF ON FIREWORKS. As we reported earlier, a 15% tariff was scheduled to go into effect on Dec 15th. On December 13th the United States and China entered into a trade deal which removed the tariff on fireworks before they went into effect.

CHINA PRODUCTION. On Dec 4th, 2019 there was an explosion at a fireworks factory in Liuyang, Hunan Province, killing at least 7 people and injuring more. Due to the severity of the accident, all factories in Liuyang were forced to close down. As a result, factories must go through a thorough inspection before they are allowed to reopen. Our suppliers expect this to be a lengthy process with many factories not opening until after the Chinese New Year celebration in February. It is still unclear, but our suppliers have indicated that this recent accident may have an effect on factories in other provinces as well.

WHAT THIS MEANS TO YOU. Barring any unforeseen problems, fireworks prices for 2020 should remain fairly flat. However, with factories shut down in August, September, and part of October, many fireworks manufacturers were already behind schedule. The recent accident and subsequent factory closings has only exacerbated the production problem in China. Spirit of ‘76 predicts that fireworks fulfillment from China will be delayed this year and that, across the industry, many items will sell out prior to the 4th of July. We encourage our customers to submit their orders early to reserve inventory for the June/July selling season.

Buy wholesale fireworks online or in person at our retail store. Located in Columbia, MO, we are just off I-70 at Midway exit 121.

Love fireworks? Spirit of '76 may have the career opportunity for you. We are currently looking for an Account Executive and a Business Analyst. 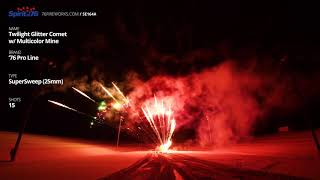 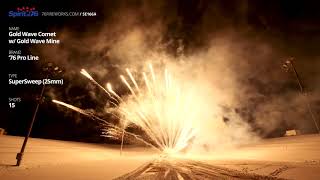